Left as an infant in swaddling clothes on the steps of the Civic Festhall, she was taken in by Annali Webspinner and raised in and around the theaters.

Falling in with a group of like-minded mischief makers – Farrah Dey the sylph sorceror, Lucidus the elan psion, Lucky the human investigator, and the prime of the group, Alcyonne Leafbower priestess of Celestian – they spent the next year adventuring and acting as the house band at the Portaljammer. After developing a following the band broke up in a dramatic, ego-fueled fashion, leaving her a solo act once more.

Deciding she needed to get further from her step-mother’s shadow, she decided to try to get a gig in some of the halls of other planar metropolises – a quest which led her through the plane of shadow to the City of 7 Seraphs. 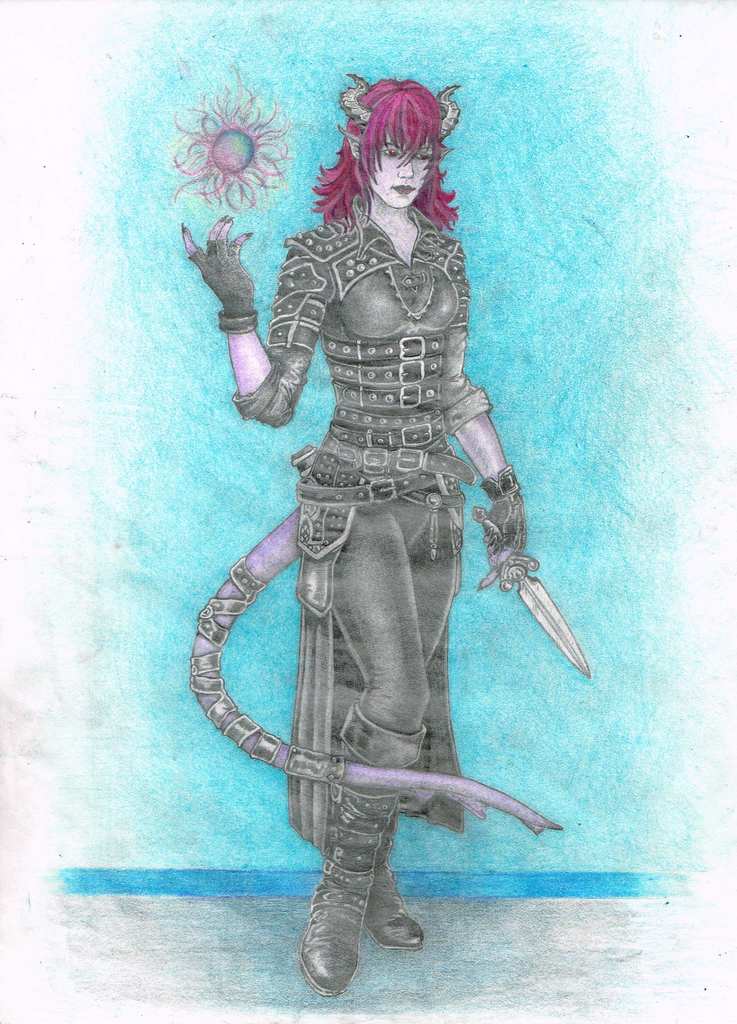